It finally happened, my ‘Psychs’ will soon be available on Kindle, i-bookstore and B&N Nook.

AuthorHouse is now designing my book, they sent me the interior design, and soon, the outer cover design will be finished. The parent company of AuthorHouse, is now a member of the Penguin Group, one of the big six publishing houses.

I’ll be sharing the book cover soon, for now, I’ll be sharing a sample chapters of the novel, and here, you can visit my website, to have a better idea about me and my novel.

I have mentioned before that my new novel, ‘Psychs’, made the list in Kuwaity book club July’s read. I was really happy to know that my book will be shared with avid readers, but I was not as happy as I was when they invited me to discuss the book with them.

We started to introduce ourselves, two were first timers to attend the meeting. I loved the varieties of the members; in their ages and their occupations, and they were really amazing. The thing I liked most was how they really felt about my book.
‘We formed an idea of how the book would be before we started to read your book, but then, we found out that it was completely different of what we have expected… it was really amazing’ the founder of the book club told me. That made me feel like I was in zero gravity… I felt too light that I could actually float in the room. We discussed the book, how did I came up with the idea, favorite character, what was my inspiration, and then we just chatted about many things and had a good laugh. In the end, we shared small tokens of our appreciation, I gave them all posters of my beloved ‘Psychs‘, and they gave me special KuwaityBookClub book-marks.

All in all, it was really a very nice experience, one that I wish to repeat many times in the future. 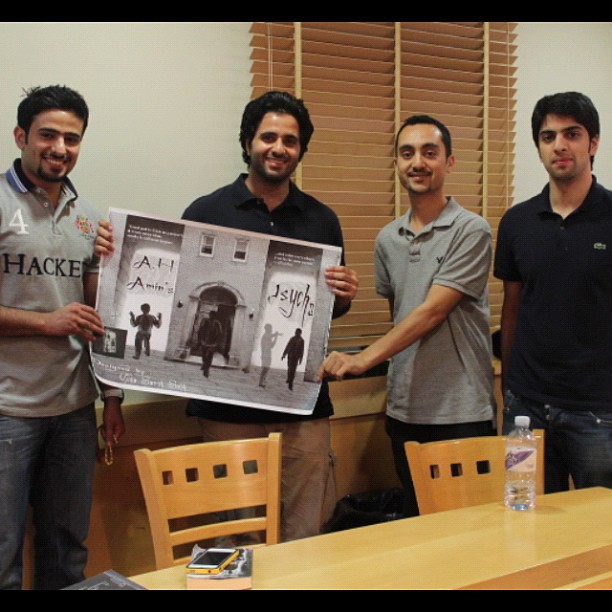 Me and some of the members of the book club

Beautiful poem.
A sure potion for the heart and soul.

I climbed into your chest and made my nest within your rib cage, where I live in the dark, listening to the beat of your heart. Following you around like a shadow stuck to the ground. Sighing for all of your aches of regretted mistakes. Twisting my fingers around your spine, holding on for dear life. You penetrated my solid atmosphere. I have been considering dropping anchor here.

I’ve been invited to attend the monthly book discussion hosted by Kuwaity bookclub. The books of July are The Prince, by Machiavelli, and, yours truly, my ‘Psychs‘

I’ll be sharing the discussion with you all next week, here’s their post from their blog if you wanted to know more. 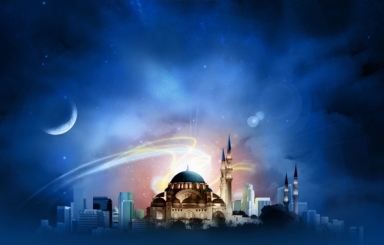 A month where I feel like in another dimension… all the people change around me, like being in a fairy tale

Ramadan… A month of discipline, faith, and worship… a time where we cleanse our minds, bodies, and souls.

This is a month I desire, for it is marked as holy for many reasons, the ones I’m sharing are the ones I see with my own eyes, and feel in my heart.

It becomes holy by the people around, everyone change in this time of the year, because its the month where everyone should behave, and tries to better him/her self. I see beloved ones stop smoking, drinking, and trying to tame their tongues, people show kindness to one another, only good deed is permitted, and everyone tries to maintain them selves more than any time of the year, for one month, for only a month, because no one can go on for the rest of their lives, we were created weak, so we can better our selves.

People who don’t share the faith share their congratulations, they show the kind gesture of supporting us by refraining from food in our presence. We get to invite them to share with us the magic created by the women in the kitchen, and we share the good times afterwards, where we get to unbutton our trousers and sit to see the many shows dedicated for our time of the month, mostly funny stuff.

We fast, a form of discipline,  where we have nothing until the time where the sun sets. And then, family and beloved ones sit around, to eat, appreciating the manna of the food and drink. I love how women of our house hold excel in the kitchen (though I think its because they are driven by hunger).

This month is the only real magic I witnessed though my whole life. Seeing how people change, and how our families become closer, I feel like passing the threshold into another dimension, where people are kinder, and families and beloved ones are closer.

I wish every one a happy Ramadan, a month that becomes holy by the people, may it be a month where experiences are gained, of life and faith.

My father – who’s a writer too and a very charismatic individual – had many friends, friends who only exist in books, for I thought life did not host such characters. A couple of years ago I met the most distinguished of them all.

He was too kind, and quite funny. We had the routine gathering, we ate, drank, laughed, and eventually he left, a little early, he needed to prepare his bags for his flight back to Sweden, where he resides right now.

My father sat down, looked at me, and then he smiled. ‘Do you know that this man is not supposed to be alive?’ he said, a shocking statement, my jaw dropped. ‘Why?’ came the logical and curious question. So he told me his story.

There was a young girl who lived in his city in Iraq, she fell in love with a man, they got intimate, and the teen’s worst nightmare happened, she got pregnant. The man fled the city. ‘Things were bad then’ my father told me. Her mother knew that her daughter might get hurt, or maybe even killed if some specific people found out. She went to the only kind man she relies on, my father’s friend. He was rich, and resourceful. He provided them with a new place in a new city, and he forged a marriage license and a death certificate for an imaginary husband. The mother got a new job, and the daughter got to keep her baby, and her future.

20 years later, my father’s friend found him self targeted by the ruling political party, he tried to run through the border… he got caught. They assigned a man to drive him back to his city. The young man asked ‘Why are you running away? What awaits you back home?’ ‘The rope’ he answered. The young man stopped and went back to the border, he waited until there was a change in the shifts, and then he smuggled him across. He learned his name, but my father’s friend told him that for his own sake, he won’t tell him his name.

He met a friend of his two weeks later, and he told him of what had happened. The man he met knew who that young man who helped him was. The revelation shocked him. He was the son of the woman who he had helped long ago, the young man saved his life, exactly like he had saved his before he was born.

I remembered that story because I talked to my father today, to tell him that I’ll be back next week. I missed the times were we sat together and tell stories. Maybe that’s one of the reasons why I became a writer. I guess life has a way to course us without us knowing… exactly like it coursed my father’s friend away from his end. He avoided a dark fate by a path built from a kind deed.

I felt that this theory fits that story

My action thriller, looking good on display in Bookworm books. I can’t help but to feel happy, to see a part of me being distributed in another region. I hope you’ll get to enjoy it over there in the UK.

Many have witnessed it, and felt frustrated by it. The Deus ex Machina is a writer’s way to reach an ending or a solution by cheating.

So you placed a character in a very bad situation, you over shot your drama factors and increased the dosage for the readers… and you did it without planning how will you get out of it. So what to do? Will you cheat and make your character wake up from what it turns out to be a dream? or a mythical creature suddenly appears without previous mentioning of? Or any of the other solutions that will frustrate the readers who kept building high hopes for their characters?

You can learn better about the Deus ex Machina from the Story Addict, and you can find out the signs and criteria of a Deus ex Machina. And in the end, there’s a small feature of my fiction thriller ‘Psychs’ as an example of avoiding the easy way.

Why was I featured??

Well, I placed a character, with no hands, inside a prison, for 13 years… So how did I get him out? Did I use some magic trick or placed a fairy godmother inside with him? If that’s the case, I wouldn’t be featured.

Your world is your tools… 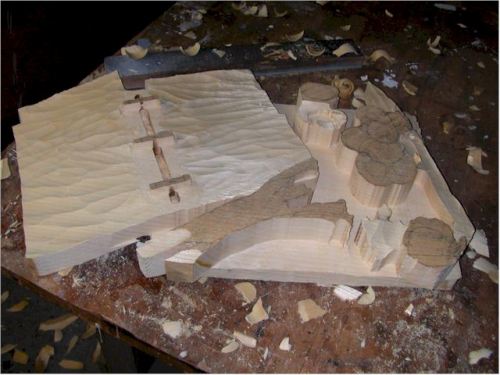 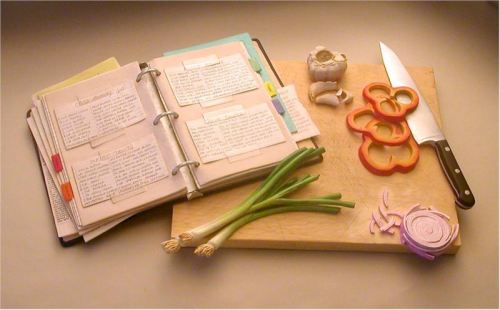 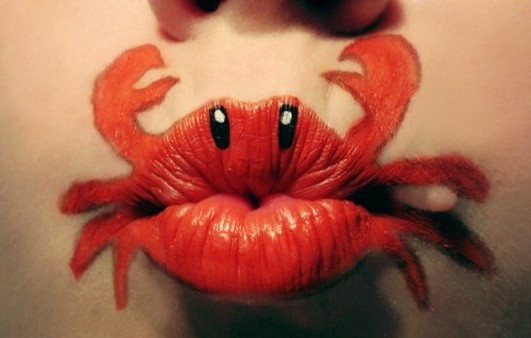 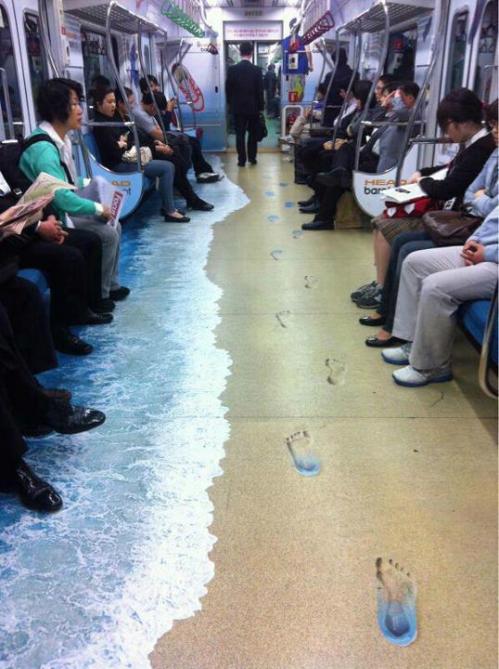 How flexible is your imagination?… stretch it and find out…

So what is the real currency in life?