Before releasing a spinoff from a main series, I think we should first learn who will we be spinning with. That is why today I am posting the new guests of honor from the series. Today I introduce Rod and Mason. 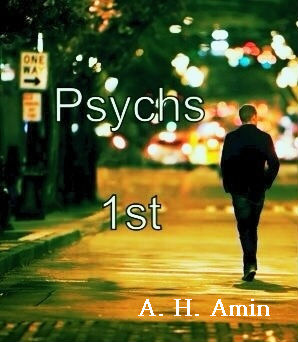 Let us recap for the last time. ‘Psychs 1st’ is a spinoff that tells the story of young Hassan, a guy with eight ghosts connected to him by the tragic event of his birth. He decided to visit the United States in an effort to put closure to the 7 ghosts who are connected to him by visiting their families and give them letters with a fake story of how he got those letters, only to discover that he is there to do more than that.

So without further stalling and teasing, I give you Rod and Mason.

The team’s marksman. He had the acutest senses, his hearing is so strong he can tell how many people are there by just hearing their foot steps. But now, all is left is the knowledge that he carried to Hassan, because after he died and due to his ghostly status, he was deprived from his hearing abilities. He was the person who saved Sara, Hassan’s real mother, while still pregnant with her son.

The team’s medic, and Hassan’s best friend. He was an only child. He helped Hassan through the medical part during his time at Liverpool university. He have always wanted to leave the army and just focus on his medical career, but his crush on Emma made him stay. And now, he is bound to her through Hassan. 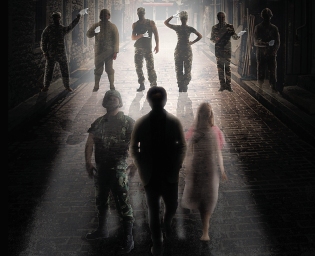 I hope you enjoyed meeting all the ghosts. I have after all introduced them during the previous days to help break the ice between you and my new spinoff novel from the ‘Psychs series‘. Feel free to visit my website and to get more involved with my book by reading the reviews or watching the video. Stay tuned for the release of my free book today.