I know; it’s a bit confusing to try and create a mash-up from two seemingly different careers… Did I just say career’s?!! Scratch that your Honor… Back to our point. I’d like to mention the strange traits that both specimens share; where weird theories and thoughts came to me as I torture my characters and sometimes even myself. 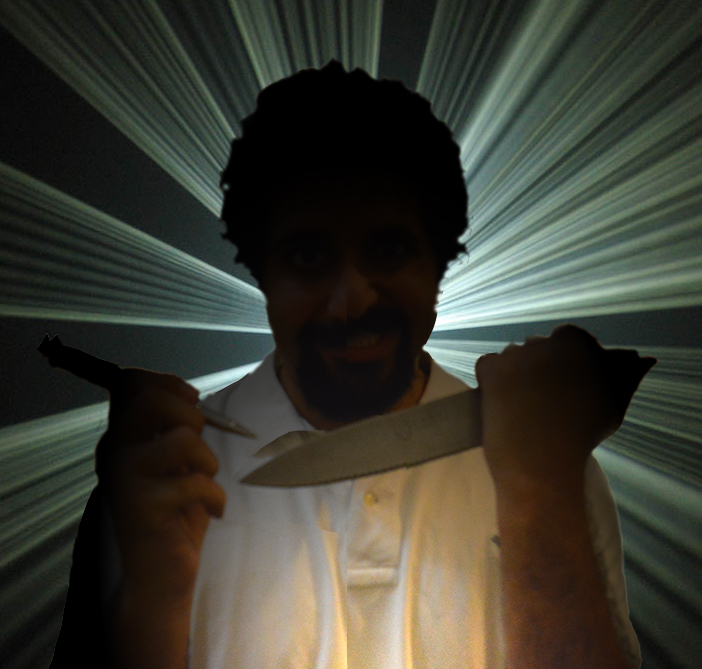 First: They both believe they’re artists.

They want to be recognized, and knowing that there are other writers and serial killers out there, they try to have their own… let’s call it… calling cards. A writer is as unique as his writing style, and it can be influenced through their experiences.. like the saying goes.. If you want to be a great writer, you have to have a bad childhood.

Second: Plotting all the time.

You see us gazing away in the distance, not aware of our surroundings. We sometime act out what we want to do. A rehearsal for every scene you cannot picture with just your imagination. Portraying a man in prison for a year can be done by sitting alone in a room without the usual daily objects to comfort us. A serial killer would, for example, do a test for his calling card poison on… let’s say spiders… I don’t know anyone who would object testing on those… everyone hates spiders.

For example, and in my case, I’m a dentist… The person who is smiling all the time, trying to create a comfortable environment in the clinic, creating the so called Hollywood smile and relieve people from their pain. But… every day… every darn day… teeth… teeth every where… decay… it’s affecting me… Oh no it’s that one patient.. “So why didn’t you come back after I removed your root canal? I told you it is important.” Dentist me said.

“I thought once the pain is gone then that’s it” He says.

“So what will you do doctor” He interrupts like he always does.

“And when will it grow back”

… And that’s when I blacked out your honor.

Fourth: Deep down… we want to be caught.

You put your heart out into planning the perfect plot… and no one will ever know about it… if a tree falls down in the forest and no one was there, will it make a sound?  Subconsciously they want some recognition of their intellect. Imagine you have the perfect idea and no one will ever know about it… you have it right in front of you.. in an A4 printed first manuscript, or in a column in the first page of the news paper… not having credit of your work can be the worst result a serial killer and a writer could have. Which is why they won’t stop until their words reach out to everyone.

Fifth: Upgrading their techniques and methods.

A serial killer will start planning and mapping the place. Little by little he/she will do her/his research, and maybe find an abandoned place for their victims… something to make their Modus Operandi  unique. So is the writer who wants his stories to be told in a different way. Words can be one way to describe your tales, but there are other mediums for storytelling. And come this Friday, you will see my new upgraded method to know what the last point exactly means.

So there you have it. Now the lesson you should learn is; never upset an author… he can always fictionalize you into his victim in his upcoming children’s play 🙂