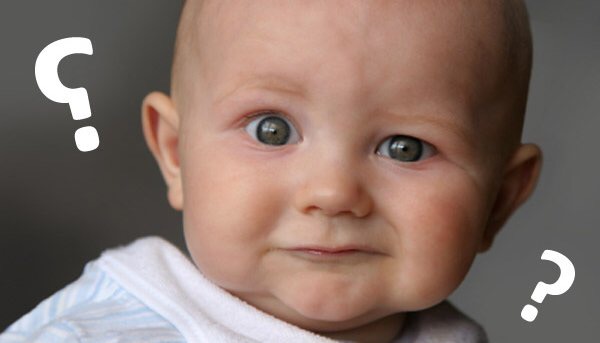 So… here I am sitting, minding my own business, readying my copy of Paulo Coelho’s Aleph inside the plane, of an airline that I won’t mention that it owns a couple of football clubs, when suddenly an announcement came that took my attention away from Paulo’s story, which is very hard to accomplish. It roughly said.

“Ladies and gentlemen, this is your captain speaking. We are now in the process of fueling our aircraft, please remain seated and do not fasten your seat belt.”

Apparently I was the only one reacting to that announcement because everyone was busy doing whatever they were doing, mainly talking or playing with their phones, I didn’t notice another reader at the time. First thought was “really? Seatbelt off??” Why? Another thought came that maybe I misheard that. But that thought was dismissed when another announcement came after a while.

“Ladies and gentlemen, we are still fueling our aircraft, please do not fasten your seatbelt”

Now you shouldn’t do that to someone like me. I’m a writer with a hyper active imagination of a 4 year, sugar high, kid. What am I suppose to think now? That the seat belts are running on fuel? Is wearing a seatbelt aggressively going to cause some spark that somehow will find its way to the tank fuel? Is the airplane gonna think we’re are flying if we wear our seat belts and start to takeoff automatically?

That’s when my logical thinking started to speak to me, and it says “This might be a safety procedure, in case, god forbids, the tank accidentally caught fire and they need to evacuate the airplane, so they make sure nothing will hinder our exit plan.” But then my logical-er thinking jumped in and it made more sense “Seriously?! If they care for our safety, why did they let us in the plane while they are fueling it?”

There might be a logical explanation to this illogical announcement. The thing is, someone who works in an airliner might read what I wrote and think of me as ignorant. But that’s it, I am ignorant about flying and their rules, so are you about literature, orthodontics or dental facts. Writing this post actually made me think of the many times I was treated rudely for asking questions, for example, related to visas or residency. Guess what? I don’t work there so don’t expect me to know how things work in your place of business or country. So here I am with a confused look and with many questions on why we don’t wear our seatbelt when the airplane is fueling.

What do you think is the real reason? 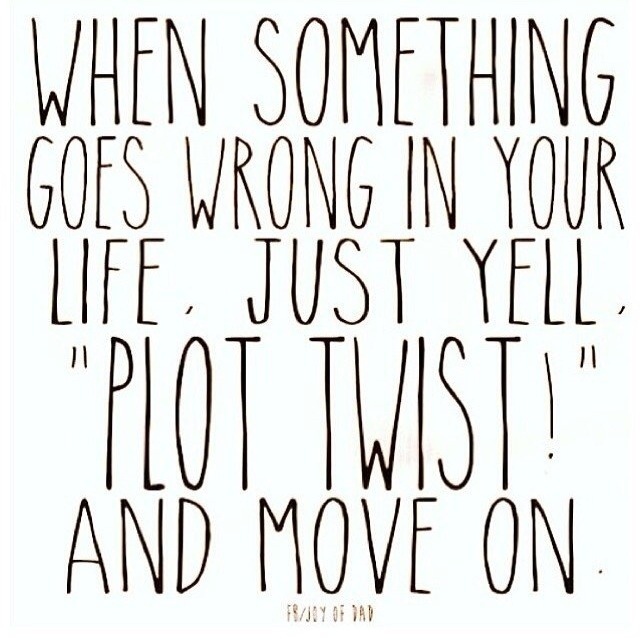 It’s cold today, and I’m out of hot chocolate… So how about a brain tease to warm you up? 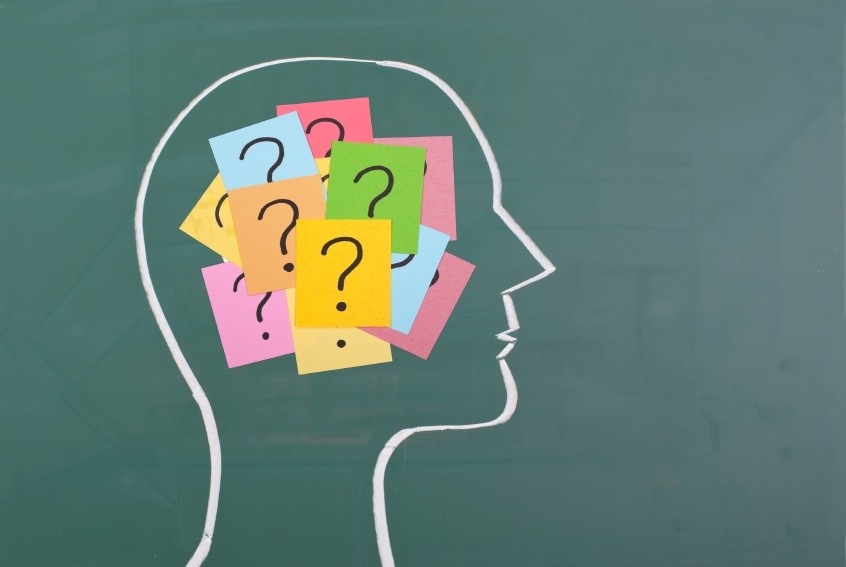 1- Can you cry under water?
2- Do fishes ever get thirsty?
3- Why it is called building when it’s already been built?
4- If a poison’s date expires, is it more poisonous or less poisonous?
5- Why don’t birds fall off the trees when they sleep?
6- “I love you” is not a question, then why does it need an answer?
7- Why does round pizza come in square boxes?
8- Why doesn’t glue sticks to its bottle?
9- Camera lenses are round, so why the pictures are square?
10- If money doesn’t grow on trees, why banks have branches? 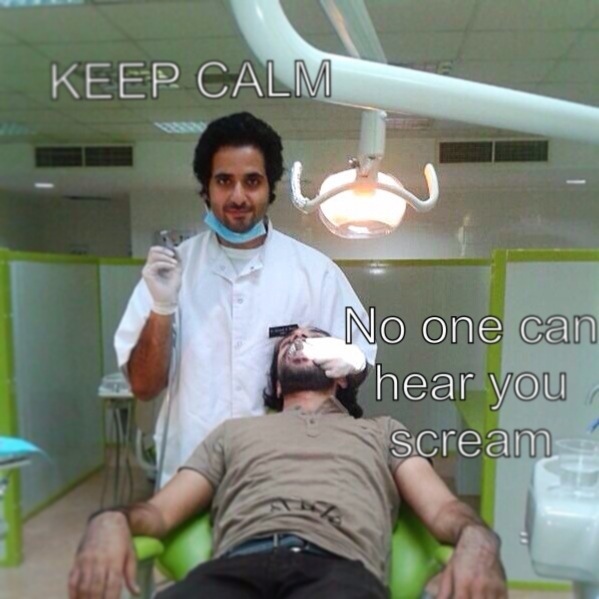 I was working on a fixed bridge for my friend when a colleague of mine happened to be there with his smart phone.
This is how you look at us through your irrational fearful binoculars. But the truth is, we are more like this. 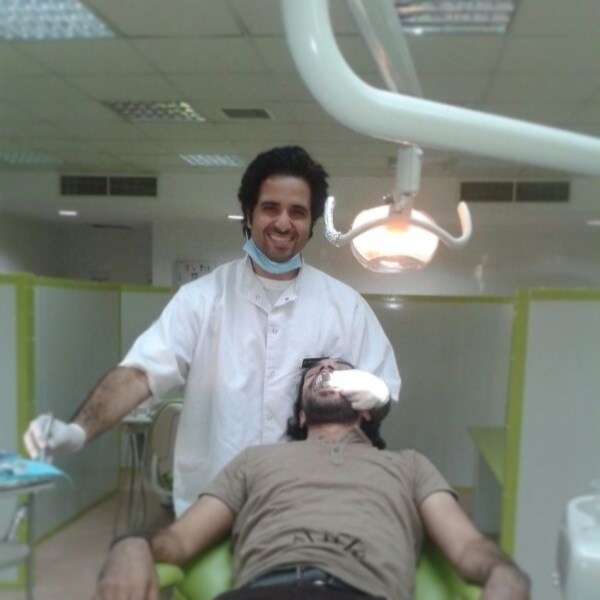 Enjoy the weekend. And if you don’t want to be a victim of mine, brush your teeth. 🙂 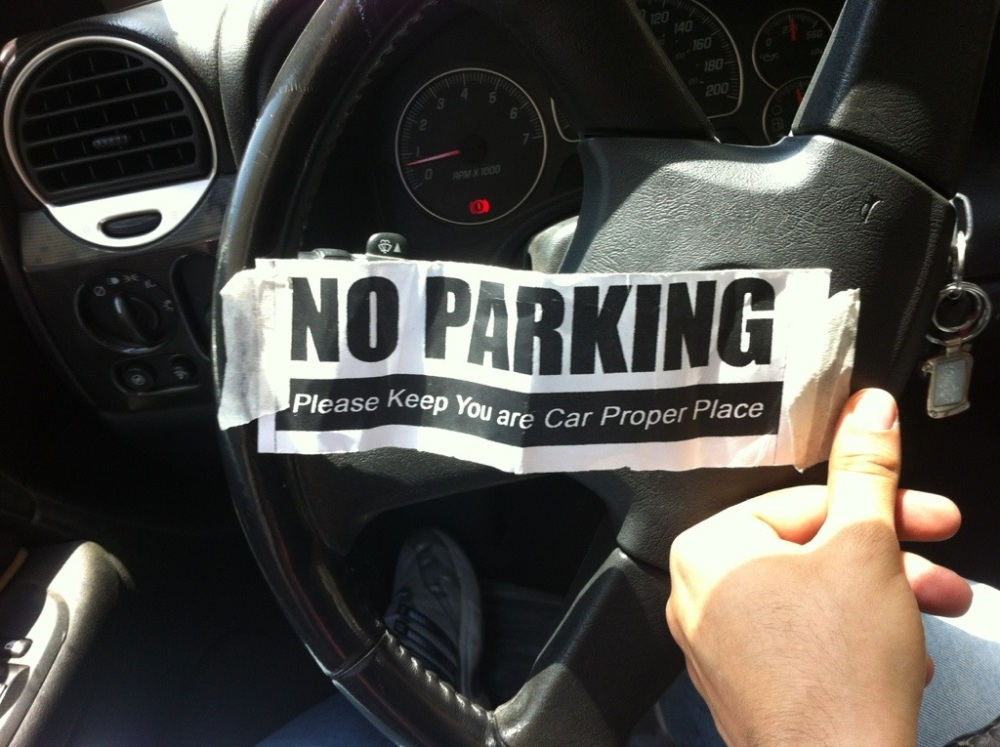 This made no sense what so ever. I laughed at it, not just because of the bad grammar and vocabulary, but also because I was parking in my parking space. Did they legalize marijuana where I am?

I knew there was a logical explanation to why I wake up with a messy hair.

Have a good one everyone. 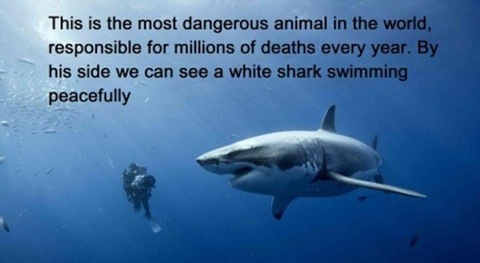 I did laugh a lot when I saw this, but it is actually a serious matter. I remember that 12 years ago I was able to bath in the noon’s sun on the way to my swimming club, now I find it hard to go to the car when the sun is still out.
I really hope the best for our planet and everyone on it. That’s why I’m glad to see many countries growing lots of plants and having harsher laws in an effort to regain and elongate our beloved planet’s age.
I saw a documentary that revealed to me the worst case scenario, it’s called Earth 2100. I highly recommend it to everyone who are curious about what’s behind that door of all the others that lead to our future.

I have never thought my life has something that big and scary installed for me. You live one day at a time where most of our days are composed from routine that when someone drops a bomb at you, you don’t know what to do next.
Two days ago, I went for a routine checkup at the hospital where my sister works. Heart rate is well, 67 beat/minute, my breathing rate was 17 / minute , and my blood pressure is 100/70… Those numbers made me regret spending money to see how well I am. All is left was the blood test.
When I got the call yesterday, I couldn’t believe it, I have never thought something like that would happen to me. I was in complete denial, so I went to see the doctor. I took my Mustang and drove as fast as I could, trying my best to concentrate on the underwater tunnel. When I emerged from the other side of the lake, a thought came to me…
That I have the most gullible readers who have forgot what day it is today.

If I have scared you in any way, I apologize. But you know what would be funny… If some day I get sick for real, I will be the boy who cried ‘Wolf!!’. This story fits our day and I would recommend kids to have it in their childhood stories shelves. When I read it, I stopped telling lies… Like the one I have just told you. 🙂

The following conversation took place today between me and my five year old nephew.

Nephew: Uncle, I want to grow up to be big.
Me: why, kiddo?
Nephew: So I can be able to punch.
Me: Who do you want to punch?!
Nephew: I want to be able to punch girls.
Me: No, kiddo. That is not right. You don’t hit anyone.
Nephew closes his eyes, shaking his head dramatically and says: I’m sorry uncle, but I have to do it.

What had happened to him that made him decide that it is his destiny to do that. I laughed so hard at that. Apparently he is pushed around by his two sisters and he is kind of annoyed from them. I love that kid.
He asked me how to spell my last name (Amin) and he wrote the letters in the air. I could have swore that he wrote Agru instead. 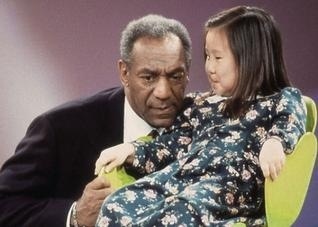 That’s him, really cute and funny. 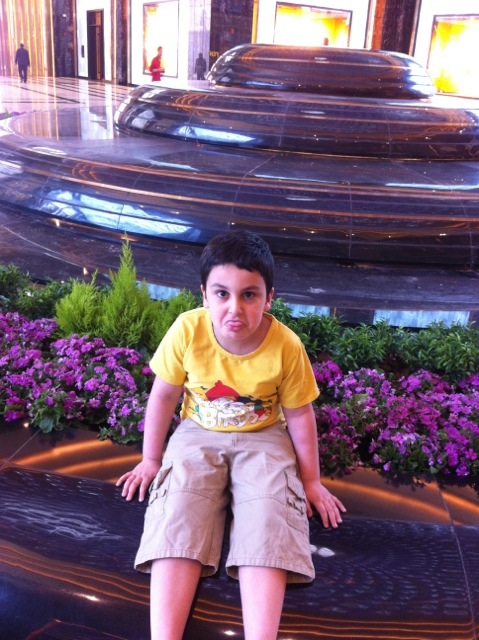 One of my favorite bloggers had tagged me with 11 questions. I loved the idea since most of the questions I had were more or less serious. So it is refreshing to have weird and unfamiliar questions you may ask a friend with. So I hope you’ll enjoy learning more about my personality. But first, I’d like to thank Margaret for tagging me, and I wish her great success in her new novel, Shadows Of Penumbra. I have it already but I’m still catching up with my reading… can’t wait to start your series. 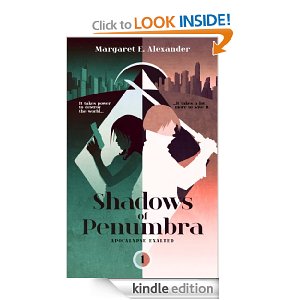 Here are the questions and here’s what I have to say for each:-

1. What is the strangest thing you have ever eaten in public?

Sheep’s brain . I was on vacation and I felt very adventurous.

How did it taste, you say? Well, you are going to have your own adventures to find out.

2. If you had to go on an adventure, with elves, dwarves, or hobbits, who would you take and why?

Elves… Because I need everyone to be able to keep up with me. 🙂

3. You are at a rural retreat lodge somewhere deep in Wisconsin or Canada. You are approached by a taxidermist who hands you a stuffed badger and asks you to put it in your lap. What do you do next?

I stay still until (somehow) he becomes convinced that I’m a stuffed human being. But I’m afraid that if he likes what he sees he’ll upgrade from animal to humans.

4. If you were given biscotti, would you prefer it with coffee, tea, or hot chocolate?

I would prefer tea. Ever since I was aware of the world I have it with tea.

5. In your opinion, who is the funniest man or woman alive today (comedian)

As a comedian actor, I say Will Ferrell. But as a standup comedy I will easily say Russell Peters. Here’s one of his bits where he talks about Arabian stereotype stories.

6. If you were given thirty seconds on television to say something, what would it be?

Attention earth. This is lord Laminar from Mars. Our death ray have been shot from the moon and it will take 30 seconds before it reaches planet earth. If I were you, I would find something to say within these 30 seconds.

7. What is your idea of the most romantic date setting ever?

Two travelers who meet, talk and decides to spend their times together… Hopefully forever comes later. 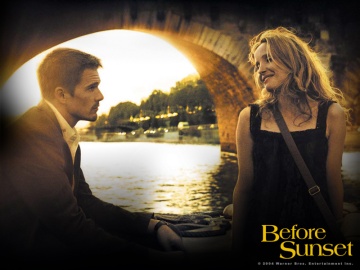 8. If you could go on one date with a movie or television star, who would it be and why?

My favorite actress who I would be honored to have a Cinderella night with her would be Audrey Tautou. She portrayed two memorable characters and was in my favorite movie of all time… A very long engagement.

She is elegant with a smile that can force ice to melt… Her being very beautiful didn’t affect my decision… (Cough, cough, clear throat). 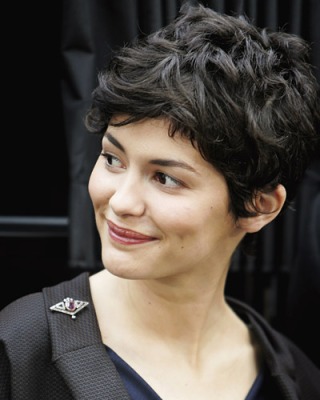 9. What is the worst song you have ever heard?

I don’t know the name nor the language, but I heard it on my way to the airport. Nothing rhymes, the guy was talking and not singing, they used a horse in the music, it was too long to bear and the driver couldn’t turn it off because the car radio was busted. I didn’t want to let him lose a customer so I kept listening. The world didn’t mean anything to me until I got out.

10. If you could live anywhere else, where would it be?

Anywhere near the beach. I sometimes imagine myself retiring and moving to Malaysia.

11. Who- in your opinion- was the greatest person to ever live?

My oldest brother. I have read about all the prophets and the saints. But to know someone in person who is in that league is something else. I feel blessed to have known him.

Now here are the 11 readers who I’d like to see how well they’ll do with these questions. 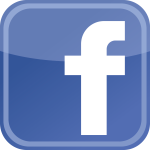